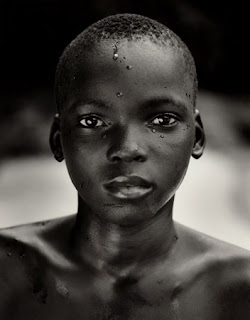 Phillip Lee Harvey's forthcoming exhibition at the AOP Gallery 20th April - 1st May 2010
Philip Lee Harvey has travelled the globe in search of his subjects, finding them everywhere from the dark drama of a Haitian voodoo ceremony to the stark brightness of Bolivian salt flats. Now, out of an archive of thousands of pictures from across the globe, forty of his remarkable images are to be shown to the public at a leading London gallery.
Lee Harvey has spent the past 18 years travelling the world taking photographs for magazines and for advertising agencies. Last year alone he worked in over 20 countries, as diverse as Yemen, China and Hawaii. He draws his inspiration from the great travel photographers such as George Rodger, of Magnum fame, but also from Victorian explorer-painters such as David Roberts and John Frederick Lewis.

‘As a writer interested in far-flung places, I have been fortunate in having made some trips with Philip. It has been a revelation to see someone thinking about light, working with light, and in the end capturing light in the way that he does.’ Giles Foden, author of The Last King of Scotland.

Biography: Born in Canterbury, England in 1969, Lee Harvey completed a Graphic Design degree at the Norwich School of Art and Design, before going on to assist some of the UK’s leading advertising photographers. Eager to develop his photographic career, he soon started taking on editorial and advertising commissions of his own. Since then, he has worked in over 100 countries, ranging from Antarctica to the Sahara. His journeys have taken him to some of the world’s most inhospitable and demanding destinations.

Philip Lee Harvey is available for interview, and will make available some of his images for use alongside reviews of this exhibition. For further information, please contact jon@philipleeharvey.com
Philip is represented in London and New York by: Peter Bailey Company, www.peterbailey.co.uk,