Another Lawsuit filed against Richard Prince 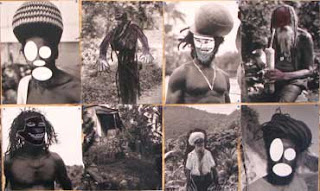 Images of Rastafarians under dispute by photographer Patrick Cariou

NEW YORK. French photographer Patrick Cariou has launched a lawsuit against Richard Prince, claiming that the artist improperly lifted images from Cariou’s photographic survey of Rastafarian culture for a recent series of paintings. The suit, filed in New York, also names as defendants Larry Gagosian, Prince’s dealer who displayed the series in a recent show titled “Canal Zone”, and publishing house Rizzoli, which co-produced the catalogue. In addition to seeking unspecified damages for copyright infringement, the lawsuit also demands the “impounding, destruction, or other disposition” of all of the paintings, unsold catalogues and preparatory materials involved in the making of the works.

Prince, whose work typically incorporates images from a variety of sources, has previously incurred some resentment for his practice. In the 1980s photographer Garry Gross sued Prince over Spiritual America, a 1983 work that consisted of a blown-up copy of a picture Gross took of a nude, pre-pubescent Brooke Shields. Reportedly the suit was settled out of court. A series of enlarged Marlborough advertisements that brought Prince international celebrity in the 1990s—selling for millions of dollars, a price his work now routinely commands—also created consternation among the lesser-known commercial photographers who shot the cowboy-themed pictures. Prince himself, who has said of his work that he’s “practising without a license”, unapologetically problematises issues of authorship. The essay for the show’s catalogue, for instance, was written by James Frey, the controversial author who fabricated whole swathes of his 2003 “memoir”, A Million Little Pieces.

In the lawsuit, Cariou’s lawyers argue that the appropriations in “Canal Zone” are especially egregious because they involve the recent work of a fellow artist whose images are the result of years of ethnographic research, not simply the output of a commercial photographer. However, the question facing the judge if the case goes to court will largely boil down to whether Prince’s use of the images was transformative and therefore permissible under the United States’ doctrine of “fair use”, which allows for limited reproduction of copyright imagery for the purpose of parody or other creative ends. A significant recent case regarding the practice of appropriation in art was Blanch v Koons, a 2006 action where fashion photographer Andrea Blanch sued Jeff Koons for incorporating a photo she took of a woman’s lower legs for Allure magazine. The suit was decided in Koons’s favour when a judge found the artist’s appropriation to be transformative.
Posted by Kevin at 12:04 No comments: 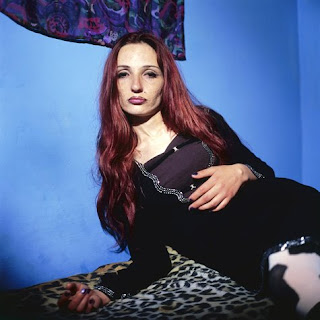 Gallery 1839 is hosting an exclusive, solo exhibition of 'Exile: an image of women, women as an image' by acclaimed Israeli artist and photographer Lea Golda Holterman at The Assembly Rooms in Soho London.

Online at www.gallery1839.com Prints can be purchased from the online gallery. 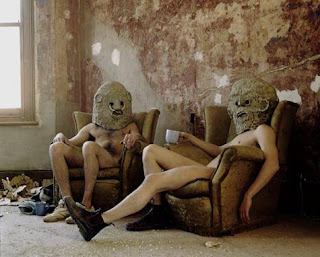 The past few months have not been easy for anyone in the commercial sector and, as we head into 2009, I think it's important to point out how crucial it is that you all promote yourselves as best you can. The LPA is your association: we are here for you. We can, and do, help members market themselves, exhibit their work, gain extra exposure and even appear higher up Google rankings. Please use us: we want to help you succeed.

Perception is very important in our industry. People want to deal with busy people so make sure you are on page one of Google for relevant search terms: it'll make it seem as if you've got loads going on, and more work will come from that!

This is just one of the areas in which the LPA can really help, but you have to keep us in touch with what you are doing. We regularly publish members' news and it is this text that Google's spiders pick up. The more news you have appearing about you on the internet, the more likely you are to appear on page one of Google, which will ultimately drive more traffic to your LPA portfolio and your personal website.

If you still need convincing that it's a good idea to let the LPA help you with marketing, here are some stories from members who have used the LPA's muscle power. They all got fantastic exposure which has made a positive difference to their careers. Will it be you next?

Photography by jane Chilvers
Posted by Kevin at 20:17 No comments:

Rhubarb-Rhubarb is pleased to announce the third Cultivate series of seminars and portfolio reviews.

Cultivate has been designed for self-taught emerging photographers, graduates or students in their final year of a specialist photography course. The aim is to bring insightful and up-to-the-minute information about the current photography industry. We've sourced some of Britain’s best curators, agents, gallerists and freelance photographers to present a series of seminars and one to one portfolio sessions.

This is a two-day event run in conjunction with London College of Communication. The two events will be held at their building in Elephant and Castle, dates as follows;

We're very aware that these are trying financial times for all of us. We've put together a price package that reflects this and is excellent value for money. Prices as follows;

Places are limited and work on a first-come, first-served basis.

We're looking forward to seeing you in London. Any queries, please get in touch.