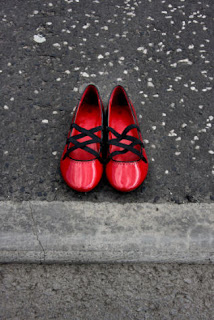 For those of you who follow the LPA you will know that I have been talking about the convergence of stills and moving images for some years now.

Having been around in commercial photography for a while I have witnessed the following 'deaths', or at least 'close calls'.

The death of commercial photography is a very contentious point and open to lively debate, but this is roughly how the industry has changed over the last forty years.

My point is that things have never stood still in photography. However, the rate at which our practice is now changing (due to the electronics industry) is frighteningly fast and one should be mindful not to get left behind.

We have interviewed two of our long standing LPA members who are working with moving pictures and I hope that photographers reading the interviews will take a positive view of the way forward.

Robert Dowling
Award-winning photographer Robert Dowling has been working in moving images since 1976, producing commercials, documentary and self-generated film. He gives his advice on getting ahead in an
industry on the up……. more

Philip Lee Harvey
Award winning travel photographer Philip Lee Harvey started to produce video four years ago.
"My prediction for the future of the industry is that photographers will be missing out if they don't offer moving images," Philip says."….more

Photography by Darren Hepburn - Title: Near the edge
Posted by Kevin at 15:59 No comments: 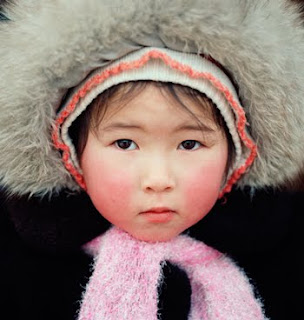 Digital has been opened up to competition by connected networks, technology and web use. Many photographers have started to do a lot of video work, shooting high definition video on stills cameras. This added usage adds value to what you can offer clients, says Philip. "You're adding another string to your bow," he says. "I think we will soon be expected to be able to provide that content as well as stills." 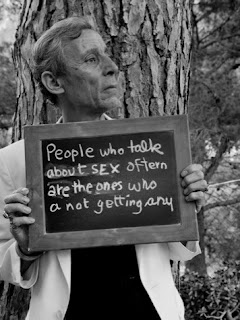 Will submitted his ongoing project 'Thoughts On A Blackboard'.

Choosing to photograph people in the Arts such as actors, musicians and artists, I provided them with a blackboard and chalk and asked each person to write down what they were thinking at that moment. I then photographed them with their blackboard thought, so that there would be no doubt in the mind of the viewer what the subject was thinking when they were having their photograph taken.
Finally, I recorded them while they elaborated on the words that they had written on the board, giving a greater insight into what was on their mind. Their explanation sits alongside each photograph in this book.

Here's the link to the book on Blurb 'Thoughts On A Blackboard'.
Posted by Kevin at 14:52 No comments: 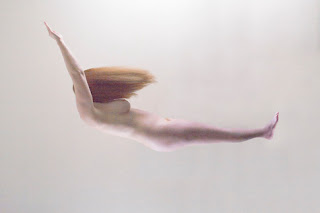 Luke Smith LPA Portfolio
Posted by Kevin at 17:23 No comments:

Ginger - here is an out take of the interview we held with M.T. Adler last Friday. This is the first of a series of interviews we intend to produce featuring LPA movingPicture members - we will also offer this as an add on to our marketing and PR platform.

We had so much fun doing this, partly due to Paul and Marisol getting so well. Marisol is such an interesting artist and we are going to have a tough time editing down the footage. Our production team consisted of,
David Edmunds, Creative Director LPA movingPictures: on Mike
Paul Ryan, writer & interviewer:
Tony Campbell, cameraman and editor:
Laura Stark, location:
And me of course taking the dodgy out takes.

We hope to have this edited and ready for publishing in about two weeks time,
Posted by Kevin at 10:39 No comments: 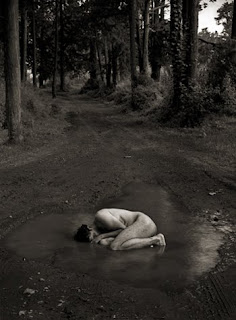 The subject of our latest competition - The Nude - is one which has a long history within art and photography. As we said in the brief for the competition, history has seen all sorts of bodies appear as nudes in photographic work.

A good image of a nude needs to offer us something new, by experimenting with a specific idea about imaging the human body.  We hoped asking photographers to use the nude body as a subject would fire the imagination, encouraging them to go beyond familiar ideas to create something compelling and perhaps even fun.  Here are the winners' along with links to their winning work, portfolios and interviews.

With thanks to Sue Golden and David Edmunds for judging this competition.

Galleries of single and series winners and commended photographers.

Photograph by: Jorge Retana Madrid- Gold
Posted by Kevin at 12:37 No comments: 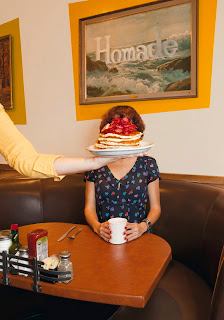 Is a re-enactment of five weeks of my misadventures in dating in L.A. The first bloom of love may fade quickly, but a good outfit lasts forever. These self-portraits were shot in the exact places where Mr. X and I went on our whirlwind mini-romance and offer a peek inside the female side of the ritual: the mating dance, the dressing game, the spectacle, the theater. Are the outfits a shield for or a reflection of the woman within? Who knows.
Who was he? Does it matter? The fact is that love is a many splendored thing. And SHE wears many many outfits. 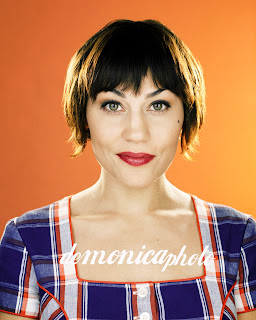 An ongoing project that showcases eye-popping portraits of the “wonder women” of my hometown, Los Angeles.
Beautiful, diverse, strong, and fearless; they inspire me endlessly. These are the angels (and demons) of the City
of Angels I know and love. Reflecting the individual spirit of the project, each wonder woman is shot before a
backdrop of her favourite hue. This deeply personal project is an homage to my hometown and an expression
of appreciation for the beauty and strength of wonder women everywhere.

Anyone aged 11-16 can enter photographs into this themed competition run by the London School of Hygiene and Tropical Medicine and the London Photographic Association (LPA).

Winners from two age categories will have their winning photographs exhibited at the international Ecohealth 2010 conference in London and online at the LPA website. Winners will also be given prizes from the Wildlife Trust and Natural England.