Gun Of The Black Sun - The Movie 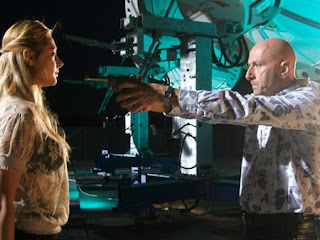 This film is co-produced by its lead actor (and former Playgirl pin-up) Gary Douglas, who has appeared in several Australian TV series and movies. Hollywood veteran Richard Lynch is another co-star. It is directed by Jeff Burr (The Texas Chainsaw Massacre III, The Stepfather II and Puppet Master 4 and 5).

The plot centres on a ruthless media mogul’s obsession with resurrecting the Third Reich empire and building a new Nazi-indoctrinated Aryan race.

Harley-Davidson is supporting the movie by supplying motorcycle gear and bikes to Douglas and Wright. The company is also endorsing the DVD distribution via marketers of  Harley-Davidson goods, services, events and dealers.

LPA movingPictures is using social-media networks, including Twitter, Facebook, LinkedIn and its own film-and-video showcasing website (www.lpa-movingpictures.com) to promote the film.Thereby raising the movie’s profile and creating more distribution opportunities among the international film community.

A consumer campaign on social-media networks will follow to drive sales of the DVD among movie fans.

More details about Gun Of The Black Sun, its distribution strategy, Ian Wright, Gary Douglas, Richard Lynch and the cast and crew are available on www.lpa-movingpictures.com and www.gunoftheblacksun.com.


http://www.lpa-movingpictures.com
Posted by Kevin at 13:28 No comments: 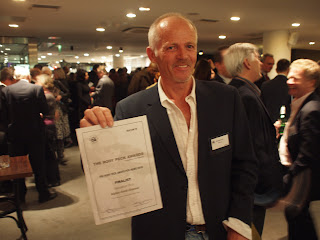 Rory Peck Awards
LPA's Sebastian Rich narrowly missed out of winning the Rory Peck Awards For News. His film was shot in Marjah Afghanistan in February 2010 entitled Afghanistan Bomb Disposal ,commissioned and Broadcast by NBC News.The awards evening was held at the BFI Southbank and presented by Julie Etchingham and Rageh Omaar.
The Awards was won by Roger Arnold for his film - Red Shirts Protest.
Shot in Thailand, April - May 2010. Commissioned and broadcast by Wall Street Journal.com Roger’s footage is a detailed diary of events in Bangkok during the final week of the anti-government protests in May 2010.  Close, immediate and dramatic, we see the conflict from both the perspective of the protestors’ and the Thai army. Roger is based in Bangkok - the story unfolded on his doorstep, and he was on the streets day and night, filming events as they happened. His footage shows the devastating violence of the protests, and also their tragic results – among the many people injured during the conflict were several of Roger’s journalist friends, one of whom was killed.

The judges thought that this was a "powerful and comprehensive piece of work".  One said: "As you would expect from a photo-journalist, the photography is fantastic. Roger showed initiative and courage; he covered the story from all angles, from all locations - you couldn't ask for more."

Roger Arnold is a freelance photographer, cameraman and journalist who has he has travelled and world including The Wall Street Journal, Al Jazeera, BBC, CNN, ABC, Paris Match, Der Speigel, Le Figaro, Stern, Financial Times, Cicero, Marie Claire, Elle, Days Japan, Janes Intelligence Review, Penthouse, GQ, Maxim, Amnesty International, International Committee of the Red Cross, The United Nations and many others.
The Rory Peck Award for News honours freelance camerawork in the coverage of a news event where the focus is on the immediacy of the story.  Finalists for this category were Robin Forestier-Walker for Kyrgyzstan Aftermath, and Sebastian Rich for Afghan Bomb Disposal.

About The Rory Peck Awards - Sponsored by Sony,The Rory Peck Awards is a highly respected international competition that honours excellence in freelance news and current affairs camerawork.  Established in 1995, it is the only awards dedicated to the work of professional freelance cameramen and camerawomen and demonstrates why they are so important to the newsgathering and broadcast industries. Every year the Awards attract international media interest across print, web and television, including annual broadcast.  The Rory Peck Awards ceremony is the main fundraiser for The Rory Peck Trust.
Posted by Kevin at 21:38 No comments:

Julie Cook and Paul Davies went to Reno for Christmas 2004 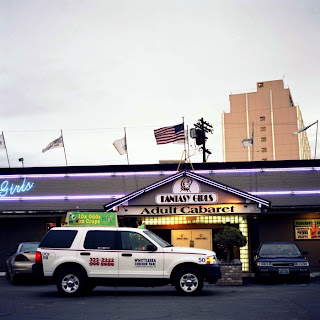 Book Launch
Julie Cook and Paul Davies went to Reno for Christmas 2004. Reno ‘The biggest little city’ did not disappoint. Refugee hippies from San Francisco; marvellous bar tenders (the book is dedicated to one of them, a certain Doug Twist) taxi drivers playing BTO steering with their knees; goats in Santa costumes riding in cars; big trucks; fantasy girls; fights; dope; antique markets and seductive, beautiful, dangerous, surviving ‘Americana’ where you nervously watch your back.

Julie Cooke was an exhibitor in Strange Bedfellows 2
Posted by Kevin at 17:07 No comments: 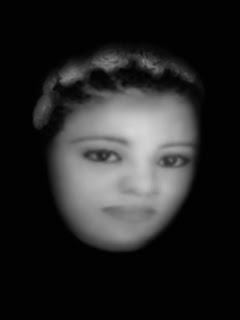 Sue Golden creates artwork for 400 Women exhibition at Shoreditch Town Hall London EC1
London based artist and curator Sue Golden was invited to participate in a poignant exhibition, a large scale ongoing project highlighting the brutal murders and rapes of more than 400 women.

Most of these murders, that have been going for over a decade in the US border town of Ciudad Juárez Mexico, have never been brought to trial.

Golden was given a small, rough image of Merlin Elizabeth Rodriguez Saenz, aged 16 who was a Cotton Field sex murder victim in April 2000. See her final image above. This exhibition, in partnership with Amnesty International, and has been extended through to Sunday 5 December . 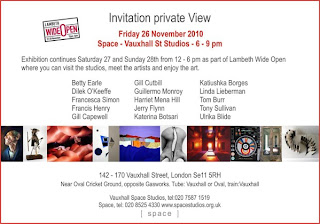 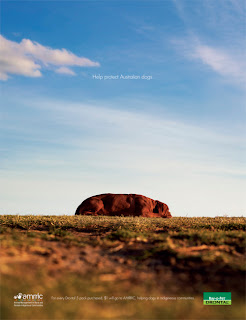 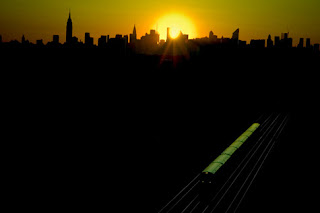 LPA's Mexican Photographer Guido Torres has won a 1st place and 11 honourable mentions at the 2010 International Photography Awards. His 1st place award on the "nature / sunset" category was given to a striking image of the sun over Manhattan and the Honourable Mentions to images within the fine art and architecture categories.

Torres's main subject are People and Architecture and any situation that comes between. Guido says both are eternally linked and this, in terms of photography, gives you endless possibilities.

Recently Guido had an exhibition of large scale photographs depicting Michel Rojkind's selected projects at the Czech Technical University in Prague and is currently working on a series of images about Mexico's bicentenary that will soon be uploaded to hi LPA profile.

All of Guido's winning images can be seen at his LPA profile:
Posted by Kevin at 10:28 No comments: 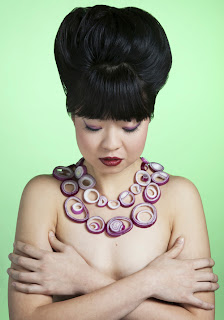 ‘Food Keeps Body & Soul Together’ - from 28.10 – 14.11.10
After a wonderful opening party for my current exhibition in London, which is showcasing portraits from my colourful portrait series, I am proud to invite you to the solo show during the Brighton Photo Fringe festival.

About the project: 'Food Keeps Body & Soul Together' is bringing together my passion for food and my previous career as a costume designer. Before each image concept was developed, most of the sitters were asked about their favourite food. In other pictures the edible item is telling the viewer something about the sitter’s pastime. The resulting images are humorous, bold and distinctive. You can view more images of this series on my
London Photography Association portfolio.

Please RSVP for the opening party: info@astridschulz.com
or check my blog for details on all my other shows.

With best wishes,
Astrid
Posted by Kevin at 10:56 No comments: