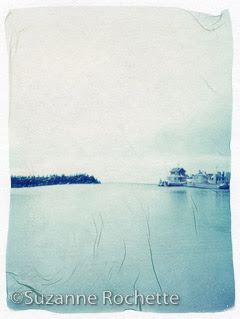 Suzanne Rochette has, for the second year in a row had one of her images selected to be part of the Soho Photo Gallery Krappy Kamera exhibition. The image was made with a Polaroid Pinhole toy camera, then followed by emulsion lift on Vellum .

The Krappy Kamera concept was born in 1992 at the Soho Photo Gallery® during a regular monthly opening reception when a few members admitted they preferred using their junky cameras to their high-end ones.

The opening reception is on March 2nd, and the show will run until April 3rd. There will be 50 images on display, chosen from over 1000 entries. Informations can be found at www.sohophoto.com